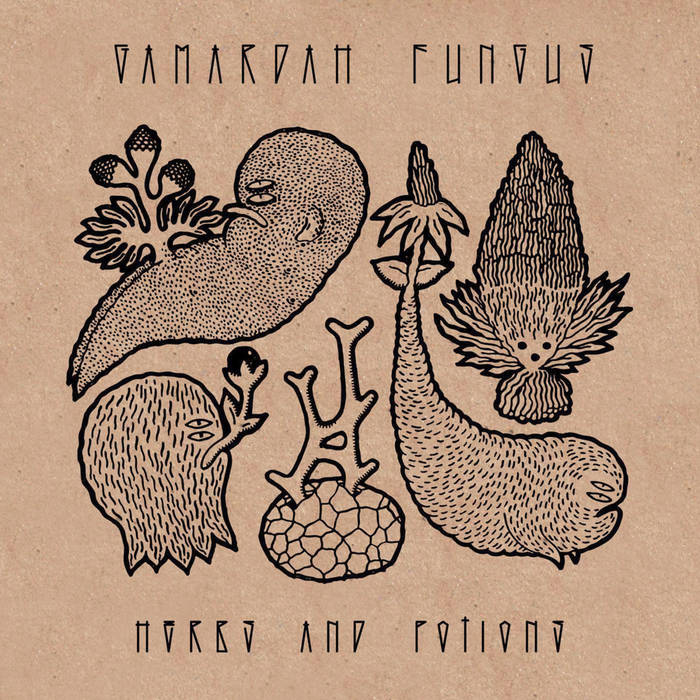 This album is dedicated to the miraculous herbs that our ancestors were able to appreciate.

It's no secret now, that in ancient time people knew how to deal with the gifts of nature much better than we are today. Using herbal concoctions our grandfathers were able to treat any disease and even bring up a dying man on its feet. Also, they were able to do the opposite - bring anyone to dementia, injury or another disease.

The ability to deal with the gifts of nature - one of the skills that our generation has forgotten. But we are sure, that it is one of the very important elements on the way to understand the fundamental nature of the world. That's why during the recording of next guitar session in the Ukrainian forests, there was no doubt with the theme of album.

The idea was born by itself - herbs whispered it to us, when were rustled under the gentle hand of the wind. Artemisia, Bryophyta, Belladonna, Mandragora & Hypericum - five prominent herbs that can help and hurt. Five elements, which are further away from the modern world into oblivion and carried away with themselves a piece of the world, which once spawned mankind and which, apparently, tired of our ungrateful attitude...

REVIEW BY "MUSIC WON'T SAVE YOU" (Italian):
musicwontsaveyou.com/2016/04/20/gamardah-fungus-herbs-and-potions/

REVIEW BY "AGAINST THE SILENCE" (Greek):
againstthesilence.com/2016/03/29/aidan-baker-gamardah-fungus-the-cray-twins/

This is Gamardah Fungus webshop.

By buying directly from musicians you support our music and future releases.

Bandcamp Daily  your guide to the world of Bandcamp

MF DOOM is given his flowers, plus appearances from MC Jada Imani and Stanley Ipkuss